Visiting the city of Hue, a quick visit to the past

Where is the city of Hue and why is it worth a visit?

Located in the center of Vietnam, the city of Hue was the imperial capital until 1945. It is a city with a lot of history and therefore it is full of historical buildings that are worth visiting.

The monuments of Hue were declared a World Heritage Site by UNESCO in 1993. Unfortunately, the city of Hue was one of the most affected by the Vietnam War and only 10 percent of all the structures from the imperial period remain. Today, many buildings are still being restored, but many others were lost forever.

What to see and what to do in Hue?

Still, there’s a lot to see in Hue. A must is a visit to the Citadel, the old enclosure of the Nguyen dynasty emperors. The Citadel is a walled place of 520 hectares composed of large gardens, lakes, temples, palaces and gates. It is mainly divided into:

Of the three, the Purple Forbidden City was the residence of the former emperors. It’s similar to the Forbidden City in Beijing, although much smaller. The whole of the Citadel is a place to enjoy with tranquility and spend a whole day imagining how life must have been in those distant, different and forgotten times.

Schedules and prices to enter the Citadel

2. The Tombs of the Emperors

Another must is to visit at least one of the many imperial tombs in the city. There are all kinds of tombs; tombs from different periods and different dynasties. The most famous are:

3. Looking to party in the city of Hue

It was impossible for us to go around the city any more because of two days of endless rain. In order to feel better and try to make the most of our stay in this beautiful city, we decided to burn the accumulated rest by going out to party in Hue.

It seems that in some places in Vietnam it is difficult to find nightclubs. And if there are, they often tell you they’re only for Vietnamese. That’s why you often end up in pubs with lots of tourists but with a great atmosphere. We ended up going to Brown Eyes, a place with good music and a good atmosphere.

Next Destination: Trip from Hue to Ninh Binh

After 2 days in the city of Hue we said goodbye to the old imperial capital and took a bus to Ninh Binh, one of the most spectacular places in Vietnam. Ninh Binh is 570 km from Hue, so we had to wait about 6 hours by bus. We continue north, every day closer to the so expected Halong Bay. 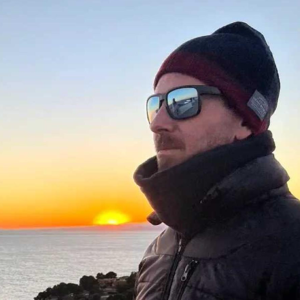